What Delta Air Lines Figured Out That You Should Know 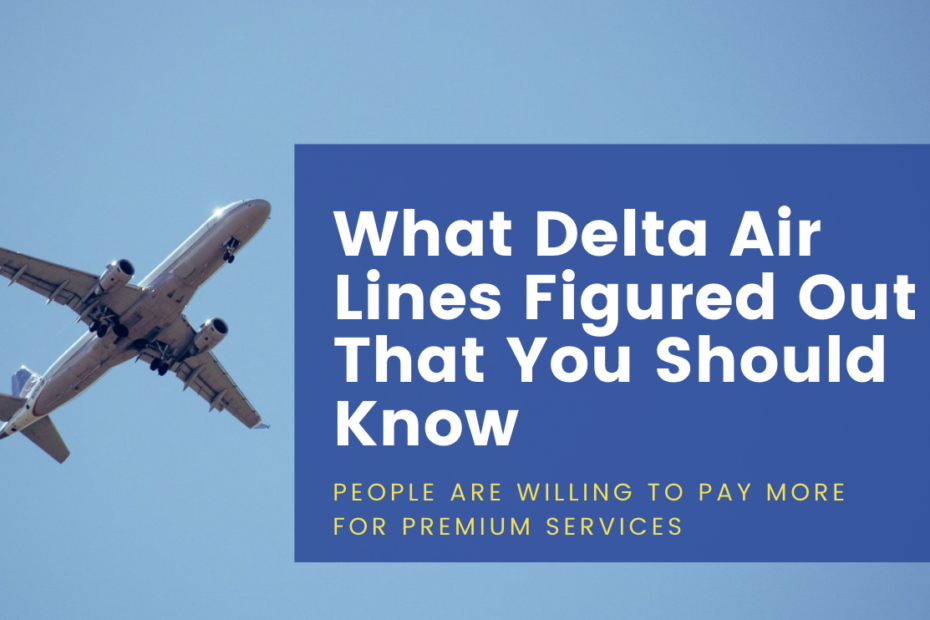 People are willing to pay for premium services on their own accord.

If you are in the self-pay specialties of refractive surgery, aesthetics, or cosmetic dentistry, you’ve probably seen a nice uptick in business since the early days of the pandemic. It’s been fairly easy to connect the dots between consumers who have more time and money to spend on self-improvement — especially when other ways of spending disposable income have been muted.

I was struck by a recent article in Inc. that codifies the bigger picture about consumers that’s been identified by Delta Air Lines and how it applies to almost every business seeking to attract the attention of premium-seeking consumers (and their disposable income).

In a recent earnings call, the airline announced its first quarterly profit since the pandemic, and executives acknowledged that business-class revenue (which is far more profitable than coach) has suffered. This is something you’d expect, especially given that corporate business travel is significantly down with tools like Zoom at our disposal.

But what is attention-getting is the emergence of customers willing to pay for premium services … without a corporate employer paying on their behalf. They see this as a structural change in their business, as noted by their CEO Ed Bastian:

“Consumers are looking at travel differently, and they’re looking at a lot of things differently in a post-pandemic world. And the quality of their provider, the care in which their provider takes to them, it doesn’t matter whether you’re an airline or a hotel or a restaurant, whatever you are, is continuing going to drive preference and drive influence at a higher level than ever before.”

You need to pay attention to what he’s saying: the pandemic has changed the way people think about spending.  He could have been talking about a medical provider just as easily as he was someone in the three other industries mentioned.

A point I’ve been making for a long time is that people are willing to spend the money. They just need to be shown the value they are receiving in ways that are meaningful to them, not just you.

This change in thinking coincides with the shift we are seeing in employment. We’ve all heard about people quitting their jobs en masse — different than what we’ve seen before. What is just now emerging, and referenced in the Inc. article, is that a third of these people left to start their own businesses. I interpret this as a large-scale effort by individuals to gain more control in their lives — starting with how they generate income.

This desire for greater control extends into healthcare, which has devolved to the point where the money spent on premiums and deductibles rivals and often exceeds what patients pay directly for services. Like the situation with travelers now choosing to pay for their own business-class travel rather than depend on their corporate employers, healthcare consumers are similarly taking matters into their own hands.

The question is: are you ready for this tectonic shift in thinking?

Is your practice PX-friendly and PX-savvy to the point where patients are choosing you because of a reputation that exceeds clinical skill and outcome (which can be matched by others for the most part)?

Specifically, what are you doing to attract this emerging consumer? Expanded hours, special access to the doctor, add-on services included in the fee — just several examples of what you need to be considering so that this uptick in business is a long-term trend rather than a short-term blip in the demand for elective services.