Customization: The Antidote to Commoditization 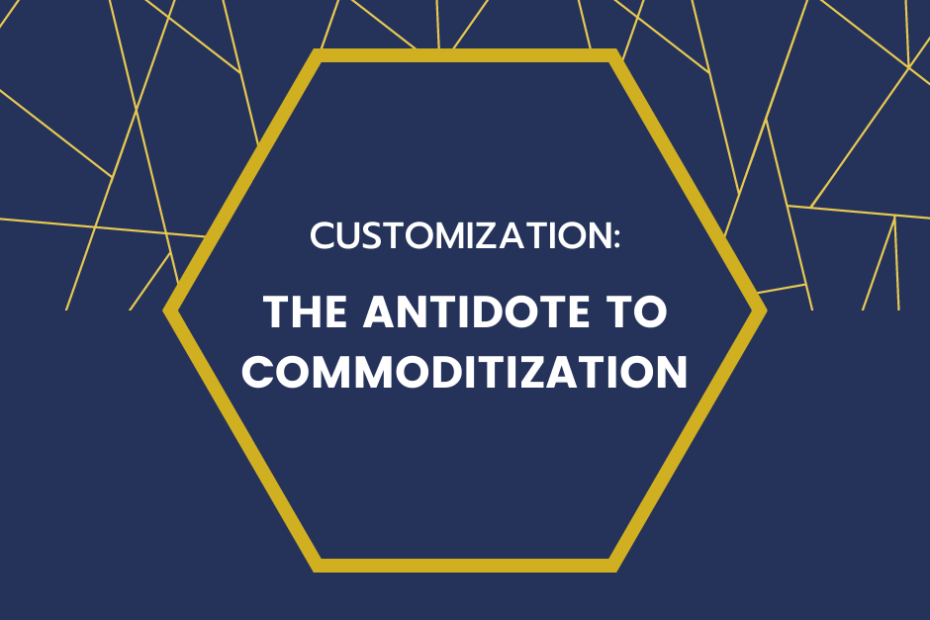 Pretty much every doctor I meet (especially those that are business owners) wrestles with figuring out how they will differentiate their services sufficiently in the minds of their patients. This is especially true for those who are paying customers when it comes to elective procedures.

A distinction I’ve found helpful over the years is in understanding the forces of commoditization that occur in most industries and how they can use principles of customization to achieve that sought-after differentiation.

Dell offers a great example. While most computer manufacturers shipped finished products to stores, Dell built each computer to the specifications of each customer. That’s a form of customization that helped distinguish Dell in the early 1990s from every other manufacturer. By customizing each physical good they sold, they were actually in the service business more than the goods-making business. That higher level of value to the customer translated to increased market share in a market for personal computers that was also expanding rapidly at the dawn of the internet.

Starbucks offers another example.  Rather than offering cream and sugar to the consumer paying for a cup of coffee, they offered customers the ability to have their coffee exactly as they wanted, which they tout as 170,000 different combinations. This ability to customize was framed within an entirely new language as part of the coffee drinking experience. Over the 20 year period ending in 2019, their revenues and store locations grew 15 fold.  During that same stretch, the price of a pound of Arabica beans — the core commodity ingredient — ended where it began at $1 per pound.

Commoditization is a powerful force in the economy. Over time, a given good or service faces increasing competition, with providers increasing the availability and quality of their offering to attract consumers. This is inherent to commodities such as oil and soybeans, where the offerings are identical and fungible. Most goods and services also succumb to this problem, which helps explain why the costs to consumers (adjusted for inflation) tend to fall over time.

Elective medical procedures are subject to these same forces.  The market for LASIK was devasted in the early 2000s when doctors began to compete on price.  Consumer demand in the US has failed to expand, despite the fact that the procedure in 2022 is far better and safer than what was offered back then.  The pandemic has served to re-invigorate consumers, who found that masks and glasses are a bad combination.  Time will tell if this resurgence is a trend or just a fad.

As seen with the two examples above, the key for practices seeking to differentiate is to customize their services. Customization comes in many forms and often involves those tiny details and “touches” that make the patient feel special.  Technology makes this easier —  your receptionist should be able to greet an arriving patient by name rather than having to ask. During the consultation, the ability to identify and connect with the patient’s issue and goals allows you to essentially offer a recommendation that comes across as a unique solution tailored “just for me.”

Where Henry Ford popularized mass production, we credit Michael Dell with mass customization. That concept basically says that every customer is unique and has a unique set of needs. Applying mass customization to your medical practice is a way of upgrading your core services to a memorable patient experience, Beyond Bedside Manner offers insights and a variety of baby steps you can implement as you strive to grow your practice.