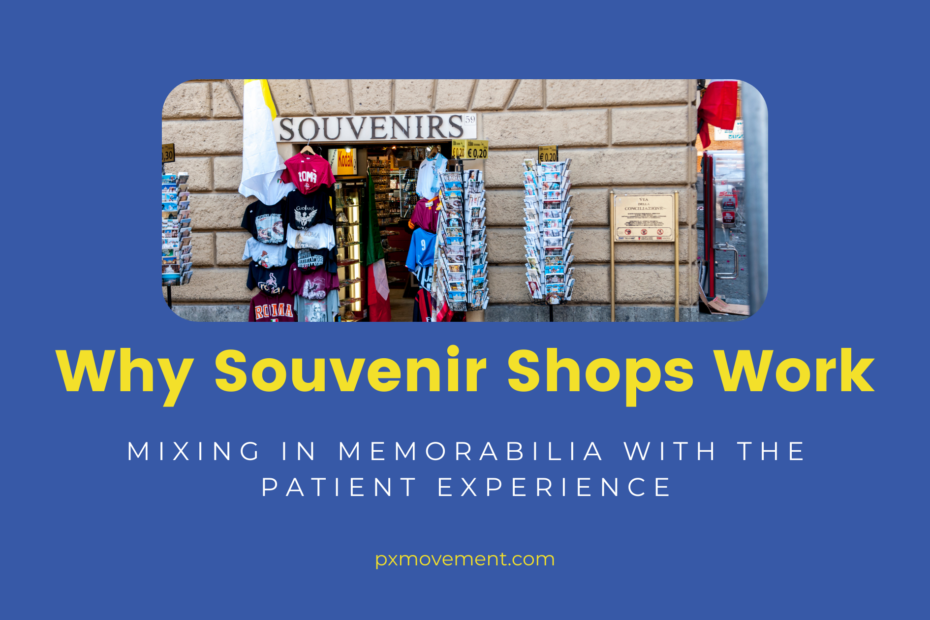 Mixing in memorabilia with the patient experience

My wife asked if I wanted to go see an exhibit on the Sistine Chapel on display at St. Mary’s Cathedral in San Francisco. We’d seen the real thing a few years back on a family trip to Italy; it’s one of those world-famous landmarks that is indeed a sight to behold. Regardless, I said yes and we made a reservation for a Sunday afternoon.

Not knowing what to expect, we walked into a large auditorium with distinct life-size panels replicating what you see at the Vatican. The big difference is that you get to see Michaelangelo’s creation up close rather than staring up 60 feet to the ceiling. Each panel was accompanied by a displayed brief explanation of the scene.

It was, in my humble opinion, better than the real thing. I was able to appreciate the effort in a new way and gain a deeper understanding of both the message as well as the painstaking four-year process and 16th-century engineering techniques. On the way out was this sign:

Souvenir shops exist to allow the customer to preserve the memory of the experience. Even with the photos we took, the souvenir serves as a tangible reminder of a great time.

This same memory-making device can be part of the patient experience to capture those “first” or “once-in-a-lifetime” moments that you want patients to remember. In refractive surgery, it’s immediately following the procedure. In pediatrics, it could be getting those shots before kindergarten (note: this is typically more memorable for the parent of the patient). In aesthetics, it could well be the “after” photo once the patient is fully healed and recovered.

Attaching that memory to a physical object is what’s key here. There’s an art to figuring out what will work for your practice and your patients. It could be something to wear, something to sip from, or something to display that warrants a gaze. The closer it is to helping evoke the positive memory associated with the practice and the benefits of the procedure, the better.

In this context, think of it as memorabilia rather than a souvenir. This applies to both physical as well as digital realms, with the digital opening up the possibility for the patient to share on social media. If done well, it becomes great exposure and advertising that doesn’t require a budget.

Give patients something from the practice, likely branded, that they will keep for a long time. That physical object serves as memorabilia, a word that has “memory” at its root. What you give them serves the same purpose as that ticket stub that people keep from a great show; the memory gets triggered whenever they touch or see it, increasing the likelihood they will tell others about their great experience as your patient.